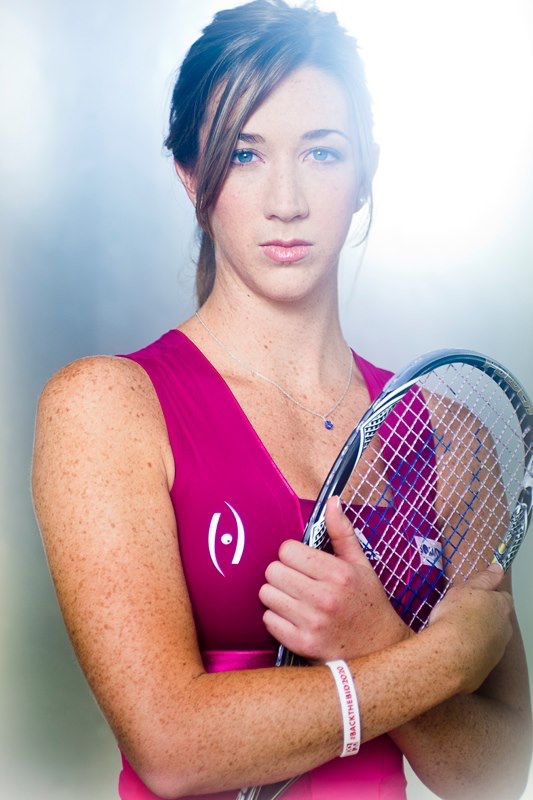 Donna Urquhart is the top ranked Australian woman on the PSA World Tour.

She excelled at a junior level, winning 5 Australian Junior titles in addition to claiming a runner-up spot at the 2003 British Junior Open.

Donna started playing on the PSA World Tour in 2006 and by the end of that year had risen more than 100 places in the world rankings to no.52

She won her first Tour titles at back to back tournaments in Malaysia in 2007. More success came in 2009 with another 2 titles.

Her first breakthrough in a major tournament came later that year when she came through the qualifying rounds to make it to the quarter-finals of the British Open. Soon afterwards she broke into the world's top 20 for the first time to sit amongst the elite players in Women's squash.

In 2010 Donna tasted success in Hong Kong taking out the Buler Challenge Cup. She then competed at her first Commonwealth Games in Delhi where she came away with a bronze medal in the women's doubles and narrowly missed out on a medal in the mixed doubles finishing fourth. At the end of 2010, she was part of the Australian Women's team that won the World Teams Championship.

Another major breakthrough came in 2011 when Donna made her first World Series semi-final at the Cayman Islands Open. She came all the way through qualifying rounds and notched up some of her best ever wins beating the world's no.4 and no.5 in successive matches, before eventually losing out to the world no.1 in the semi-final. Her success continued as she went on to win the Indian Challenger, sending her to her career highest ranking of 13 in the world.

2011 was such a strong year for Donna that she qualified to compete at the World Series Finals in January 2012, with 8 of the best women in the world. Donna again found success in Hong Kong, winning the 2012 Crocodile Challenge Cup.

In 2013 Donna was struck with injury and underwent surgery on her ankle. This setback saw her ranking drop out of the top 20 for the first time since April 2010.

After fighting hard to find her form again, Donna finally got back to her winning ways taking out the 2014 Victorian Open.

However, shortly after competing at the Glasgow 2014 Commonwealth Games, Donnasuffered another major injury setback, this time needing surgery on her plantar fascia. After more than 6 months out from competitive squash, her ranking slipped to outside the top 30. Donna made a strong come back to the court in 2015 and just a few months later went on to win the Seattle Open. She continued the good form from there, notching up wins against top 10 players and by the end of 2016 she had returned to the top 20 in the world rankings again.

Donna has had a positive year so far in 2017, reaching her biggest final to date at the Texas Open, and only narrowly losing out 11-8 in the fifth to the world no.10 in the final, and also making the quarter-finals of the British Open. She has her sights firmly set on representing Australia at her 3rd Commonwealth Games in April 2018, this time on home soil on the Gold Coast.

Donna hails from the small town of Yamba on the north coast of NSW. Her current training base is in Edinburgh where she lives with her fiancé, Scottish squash player Greg Lobban. She also spends some time training in the USA with her part-time coach David Palmer.